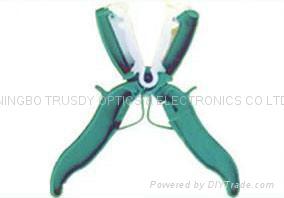 specifications︰ clip the umbilical cord cutting device
Features
1 simple operation
To replace the traditional multi-step operation
2 security
Reliable sterilization of the disposable devices, avoiding the repeated use of the equipment due to strict disinfection of pathogens causing infections. Tightly unified specification of mechanical occlusion, so that was solid clamping the umbilical cord stump
3 protection of healthcare workers
On both sides of the umbilical cord stump was clipped at the same time after the blood-free zone since the middle of sync cut, So there is no danger of bloodsoaked, which basically avoid the medical and nursing staff have been in the blood may carry the risk of infection of the original body
4 the whole process with a second time
Birth attendants can breathe in infants for the first time - at least - before the second breath, clear the baby comfortable and effective respiratory 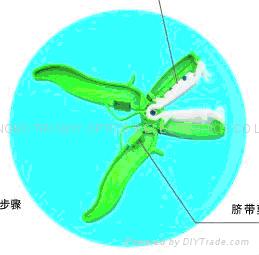